Nitro Circus, is nothing short of a gathering of talented rush-seeking individuals, that seems to have escaped the asylum, and that have given themselves a personal mandate to have you sitting on the edge of your seat, thinking... "this can't be done!".

Yet, Travis Pastrana and his crew prove you wrong, and pull off the most amazing stunts you could ever see.  Many of which only a few individuals in the world have had the balls to try, or ever accomplish. A show that must be seen.

You won't believe your eyes, unless you see it Live!

A few images from this awesome performance, can be seen HERE 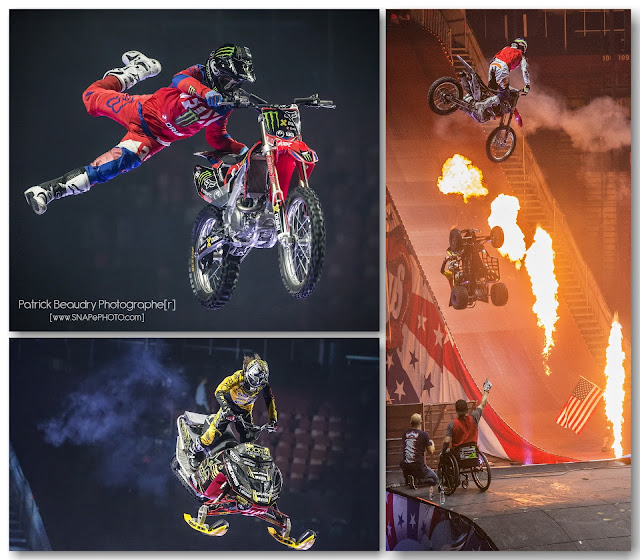