It's become a yearly tradition, and this year the Toronto Raptors played against the New York Knicks at the Bell Centre.  In addition to the game, we were mandated to cover all facets of this event, including

Several images from this day can be seen HERE 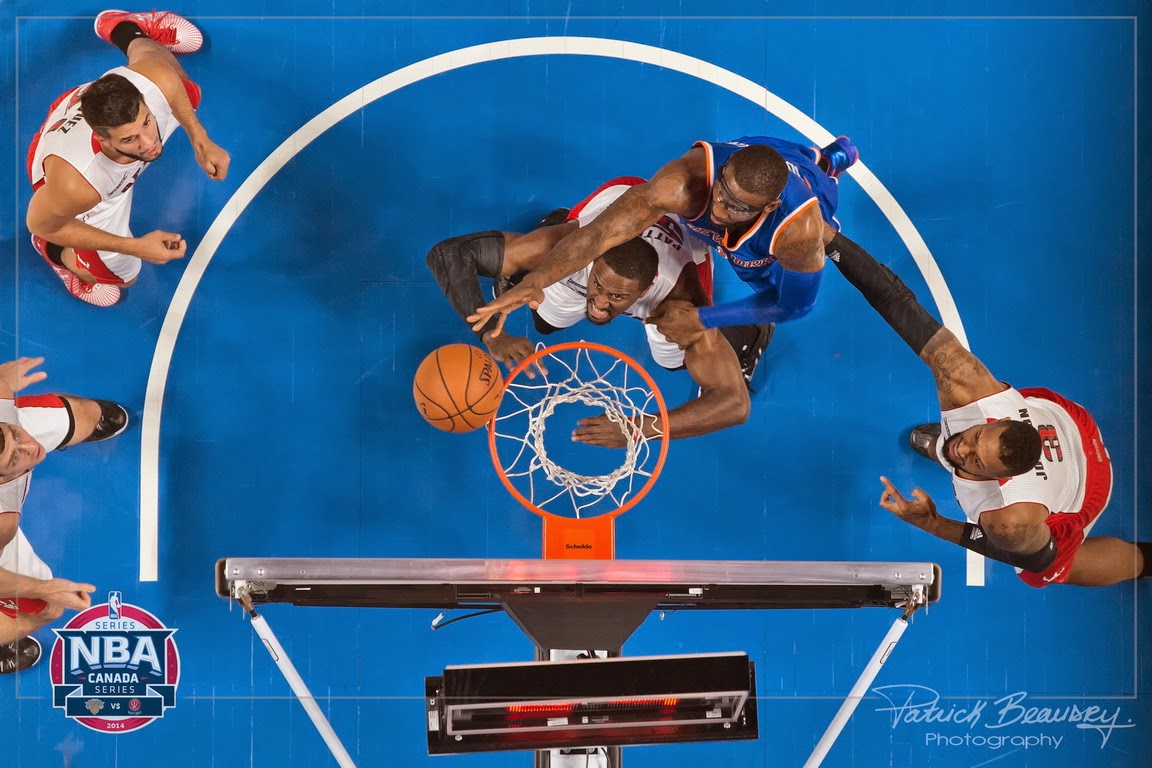 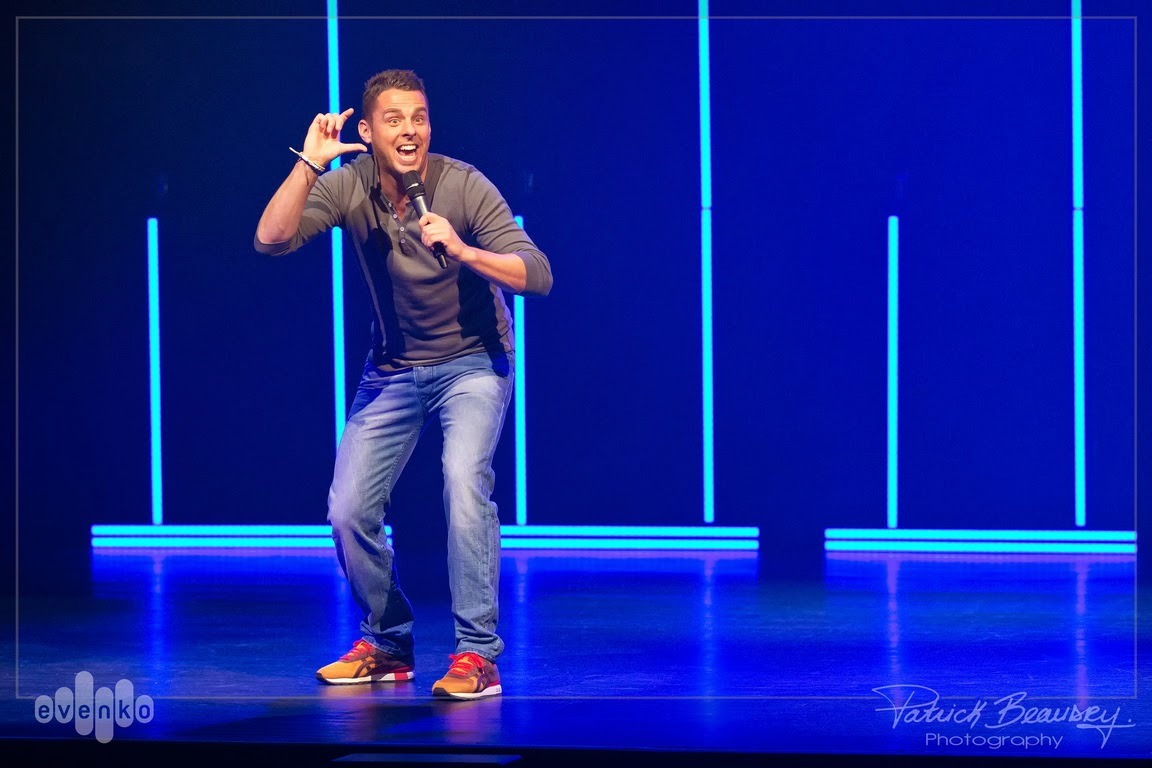 A quick & spontaneous shoot with the lovely Marie-Eve Belanger, the morning after her first presence on stage, at a fitness competition.

A few select images from that morning, can be seen HERE 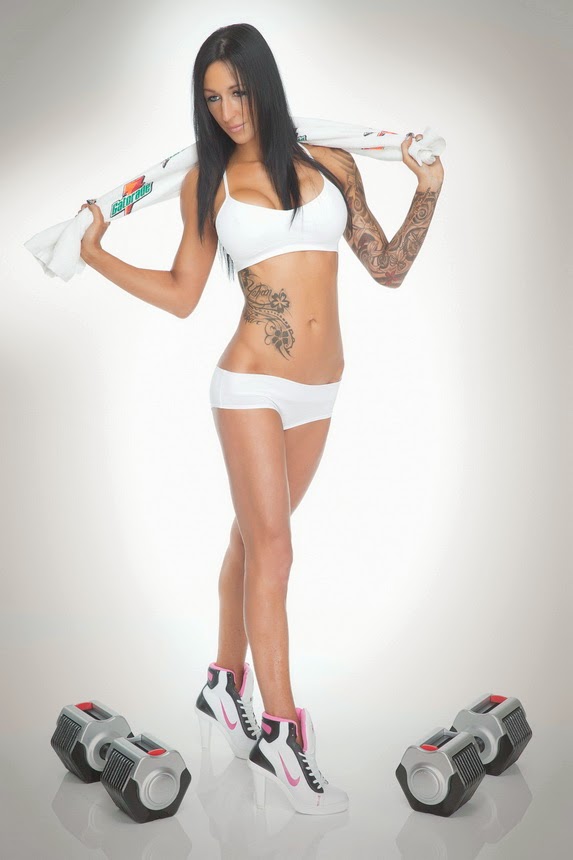 When the Crowd Steals the show!

(This will be a two-part post, as the topic has a double meaning...)

I'm quite sure we'll find various opinions from anyone & everyone reading this post, but I felt I had to write about it anyways.  It's not about it being right or wrong, but simply to point out a fact about todays society in general.

I was recently mandated to cover a Demi Lovato concert, and what I realized totally blew my mind.  Was it the younger crowd, the newer generation? Not sure, but one thing's for sure... the kids were spending more time trying to capture images/video of a concert, instead of actually savouring and being in the moment.  Is it because their parents paid for their outing, or simply because they felt it was more important to document & gather valuable data to post on their social media pages, and collect a few "Likes" to feel popular?
Here's my take on the topic;

1.  Bands & Venues usually frown upon people capturing their product.
(Hence the notice on the ticket, & the announcement before the show)

2.  Most phones and point & shoot cameras don't work well in low light
conditions, and you can barely hear anything in video recording mode.

3.  Do people even go and review what they've captured? And if so, why?
To see what they've missed while they were too busy handling
sub-par equipment?  I don't get it. 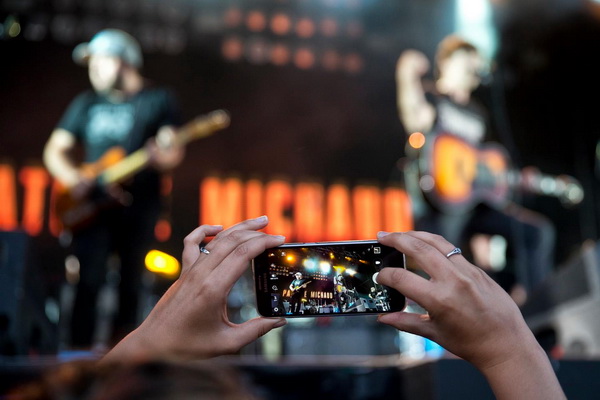 I remember when we were young, and had the privilege of attending live concerts of our favourite bands/artists.  The crowd was hanging at every lyric, word and note, for the entire duration of the show.  Did we appreciate the moment more?  I tend to think so.

People, do yourself a favour, enjoy the concert the way it was intended for you too.  Embrace the mood, the atmosphere, grasp the glance from the artist, hear every note, and dance to every vibe.  You'll get a much better experience out of it, then watching crappy quality footage from your cell phone, and stealing a product that wasn't meant for you to capture.  (That's my 2-cents worth!)

During the same concert, not only where there literally thousands of hands up in the air, holding up cell phones, doing their best to capture the "magic moment", but there was also several hundreds of large heart-shaped cut-outs being held up in the air. 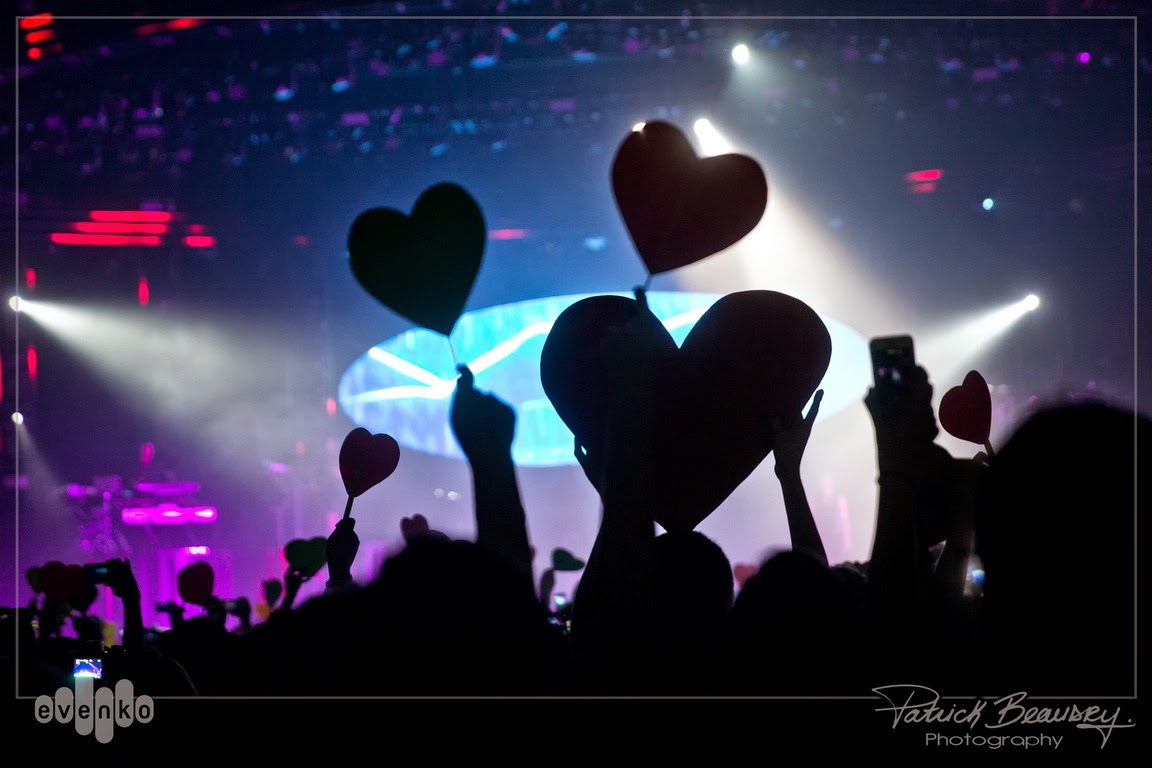 Although I'll admit that fans probably don't even know, (or care) if there are photogs at the sound board, trying to do their job.  So I won't complain about having difficulty doing my job.  But what about the fans behind them, trying to see their artist on stage?  Where has respect for others gone?

Yes, although I'm 5'-10'+, being at the soundboard, without the possibility of a riser, with kids standing on chairs, hands in the air with cell phones and large signs... made our lives as photogs miserable, but my question is... has the new generation become so selfish, and so disrespectful towards others, that they don't care if the people behind them, can't even get to see anything?  I kid you not, those signs were up the entire 3 songs, and it was a challenge, trying to capture anything in between the back and forth wave of cardboard. So I'm thinking, they were probably up the entire show.  Is it just me?  Maybe I'm just becoming old and grumpy. ;)

Demi Lovato performed for her fan base, at Montreal's Bell Center, where she had the crowd at her fingertips.

The Setlist & a few select images from that show, can be seen HERE 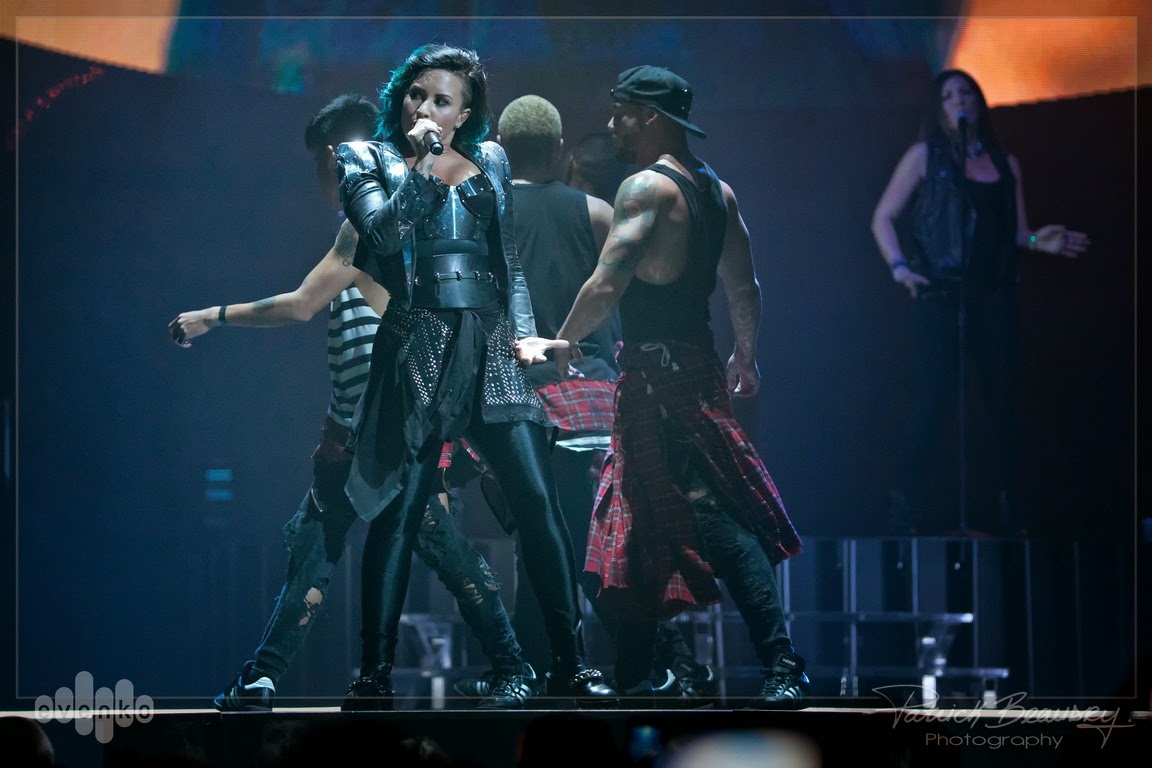 
The 6th edition of the Montreal Burlesque Festival, was held at the Club Soda, and presented by none other than Scarlett James.

For those of you, like myself, that were... (like the host so well put)... "Burlesque Virgins", well, it is an evening that should not be missed.  A nice evening, and great entertainment for all.  The host was also without a doubt, a big part of the success of this mystique atmosphere.

For sure, something to put down in your calendar for next year!

You can see a few select images from the Grande Finale (Oct. 18th) HERE 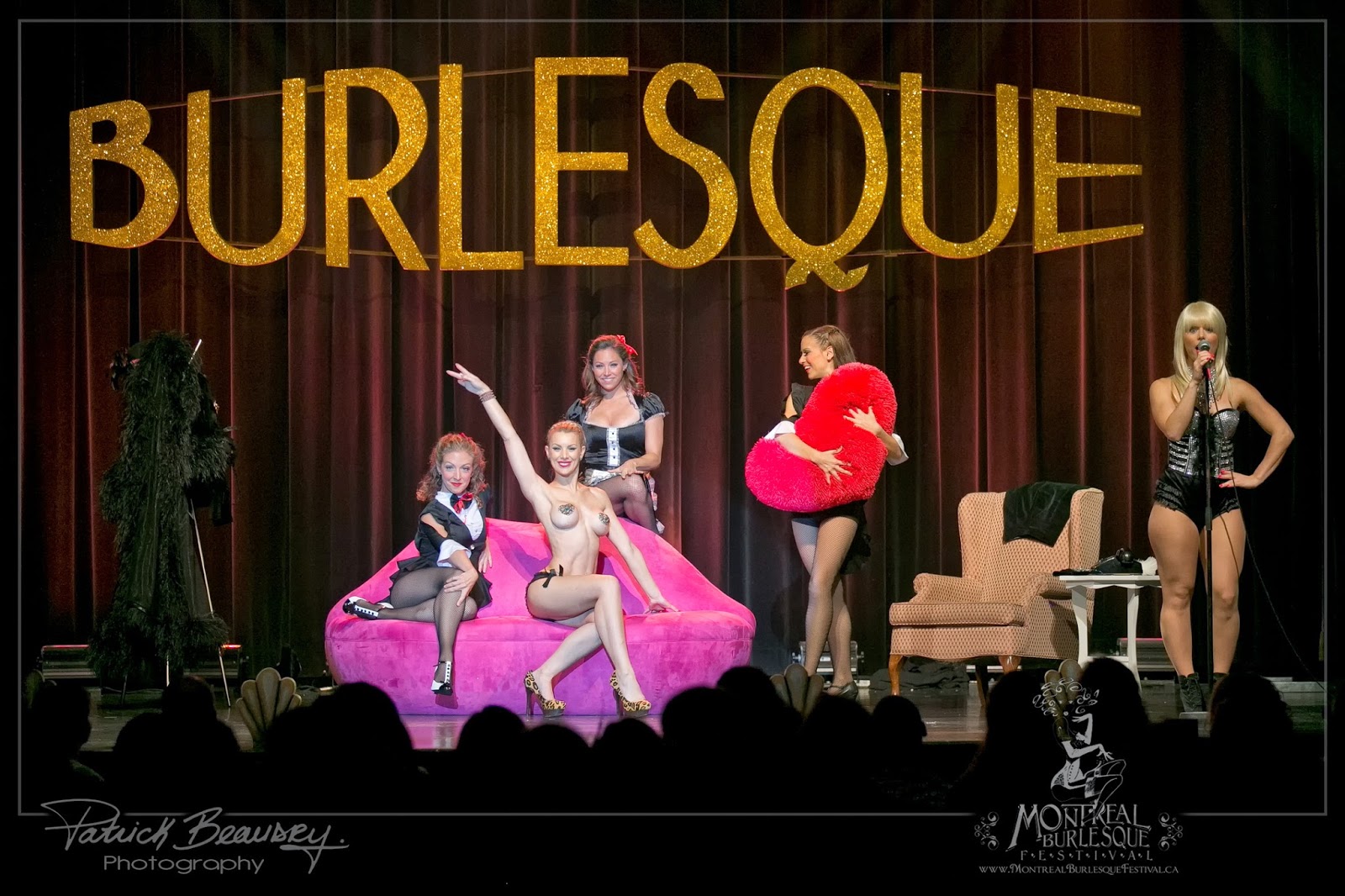 Judas Priest gave the fans what they wanted...  Pure Metal!! 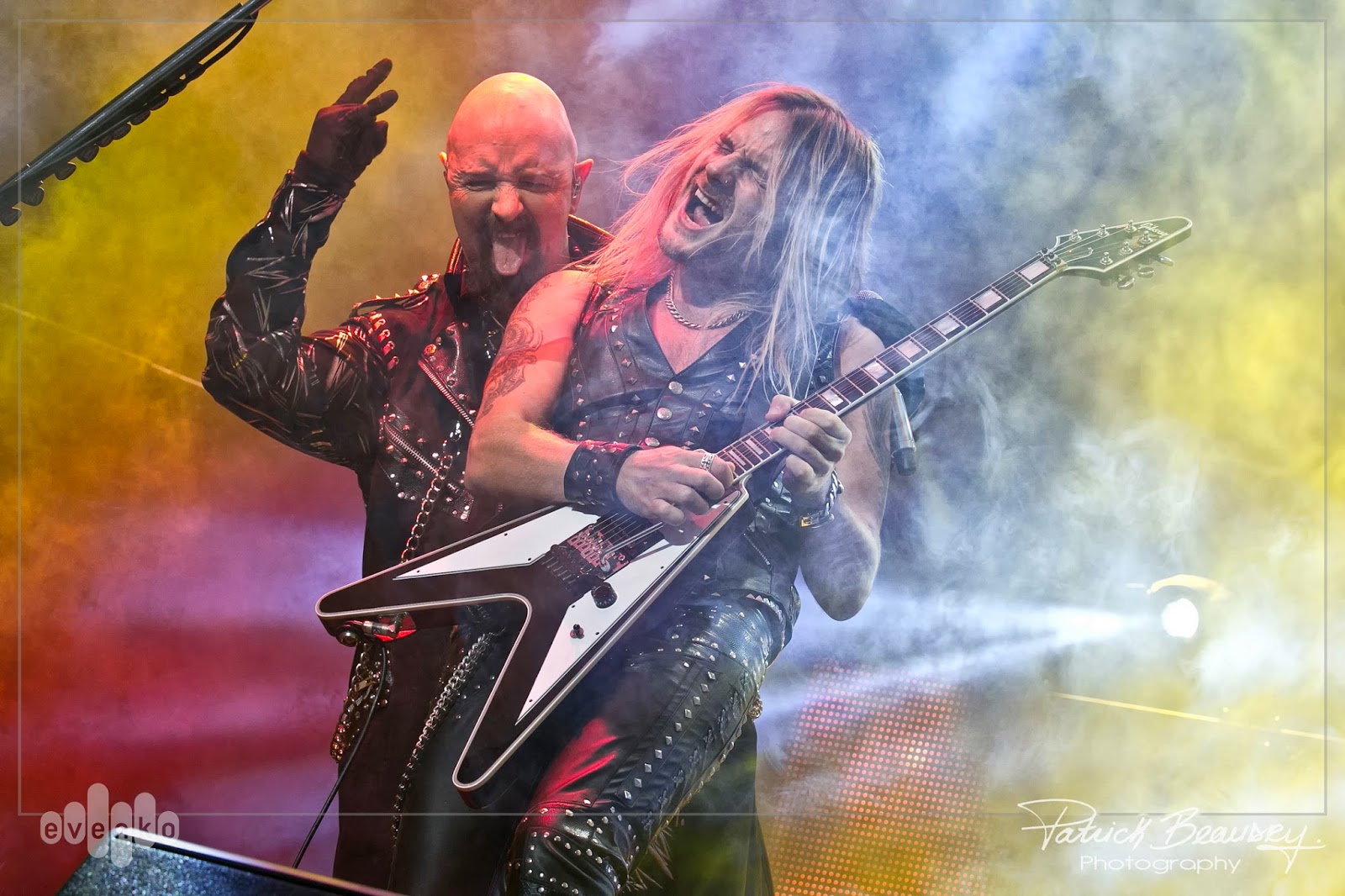